What is better for breakfast than a warm slice of homemade Cinnamon Raisin Swirl Bread with a little melted butter? 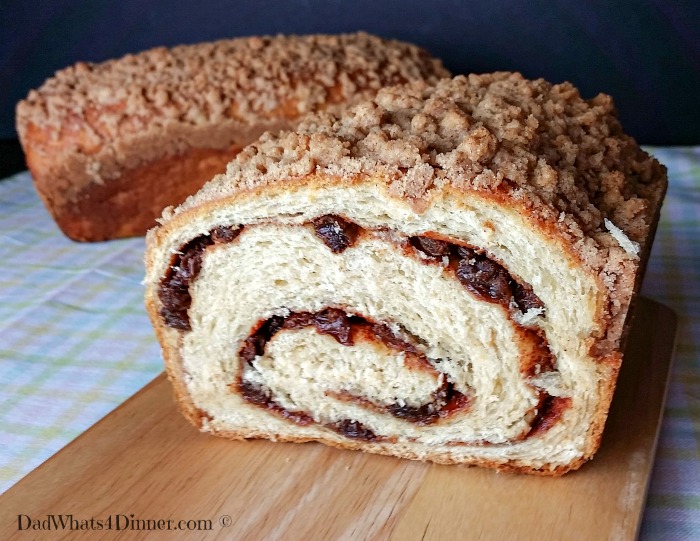 My favorite new segment for the blog is “Cooking with Ella” because it gives me a chance to pass on my love of cooking to my youngest daughter teaching her lifelong skills and the chance for us to grow and bond together.

So far this year Ella has made and posted Beefy Volcano Potatoes, Chicken Enchilada Puffs and Oatmeal Raisin Scones. Well, this week we are back working on our baking skills by making homemade Cinnamon Raisin Swirl Bread. 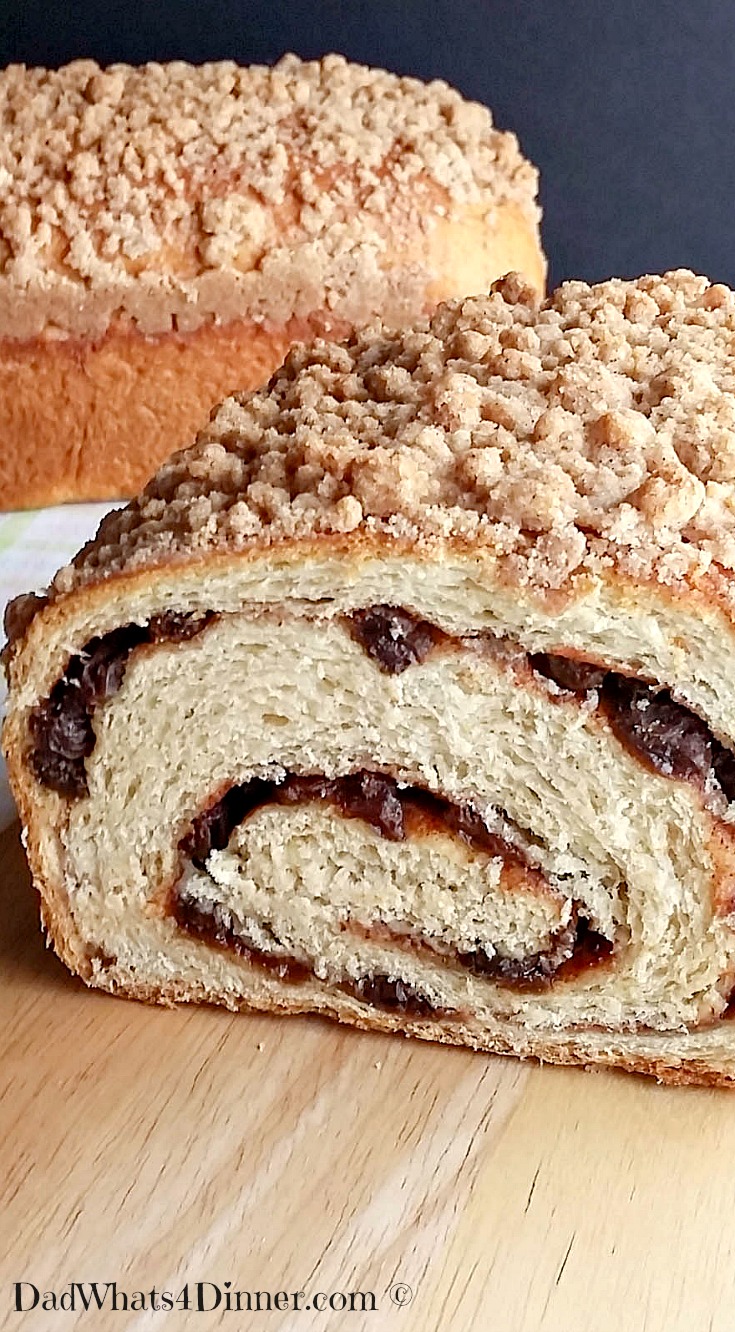 Since Ella was little she has always loved cinnamon toast. Such a simple breakfast especially if you keep homemade cinnamon sugar mix on hand. When I suggested this recipe from King Arthur Flour for Cinnamon Raisin Swirl Bread she jumped at the chance.

This was her first time working with yeast. She got a kick out of them being alive. After we added warm water she kept waiting for the yeast to do something. I think she thought it was going to be like the circus. Here is a list of lessons Ella learned while making her awesome Cinnamon Raisin Swirl Bread. 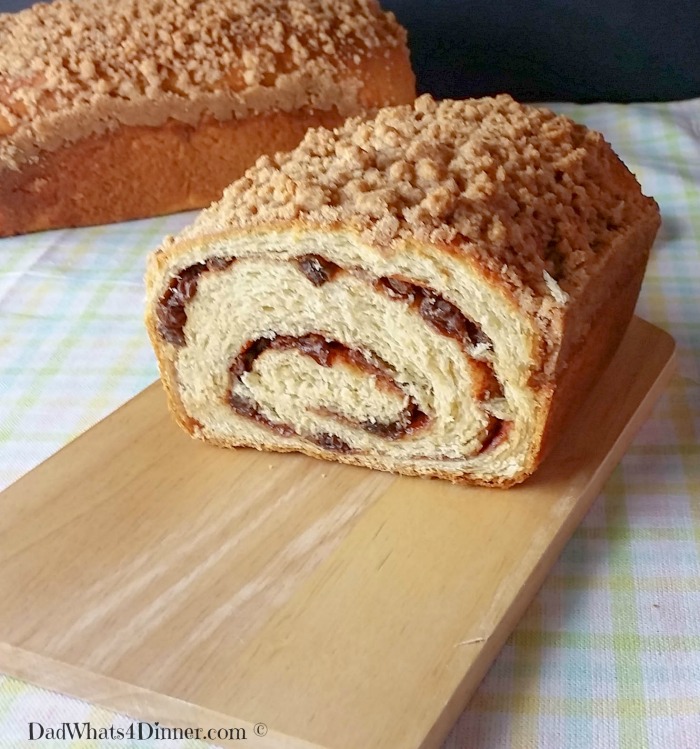 The recipe we modified called for potato flour and Bakers special dry milk. My local grocery did not have either of these items. Not a problem because you can substitute dried potato flakes and dry milk if needed to make bread. Why do we need dry milk and potato flour?

Milk is added to bread for flavor, well-coloured crust and a tender crumb. Dry milk is used because it easy to store and easy to use in bulk. Milk also contains an enzyme called glutathione which can weaken gluten and result in a poorer quality loaf – the drying process destroys this enzyme.

Potato flour is used to add moisture to baked goods. 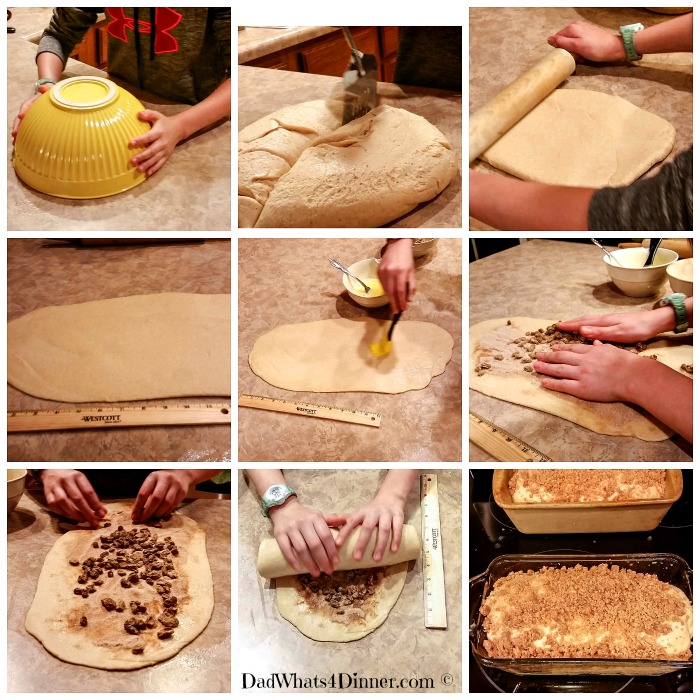 So I thought I was purchasing mashed potato flakes but did not read the bag correctly and grabbed a bag of fully loaded baked potato mashed potato flakes. Obviously, this was not going to work in a sweet bread. We substituted equal parts regular flour and coconut flour.

It worked out fine and Ella learned two things from good old Dad; Read labels carefully and learn how to substitute with what you have. She did great making her Cinnamon Raisin Swirl Bread. It was a big hit at home and at Christie’s work. So get in the kitchen and make something with your kids. They will love the chance to learn and spend time with you. 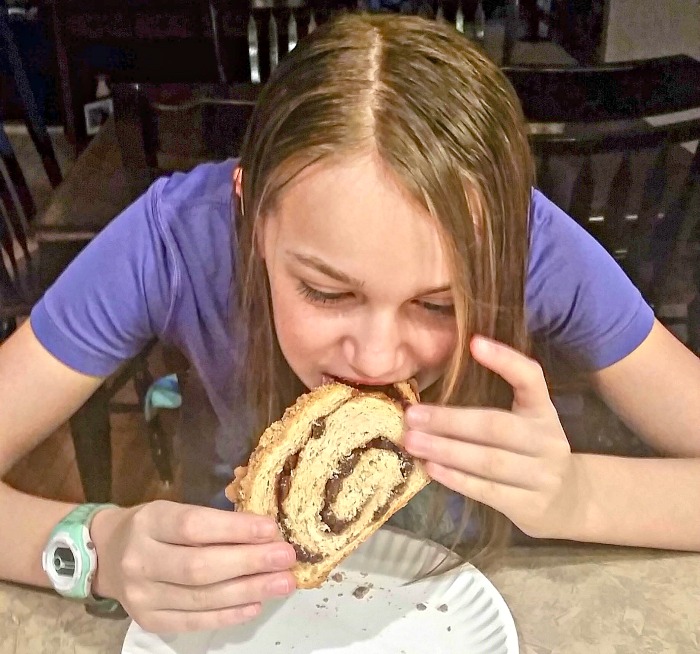