0 shares
It is finally getting warm and that means its time to grill. Michael Symon’s new cookbook Playing with Fire hits the shelves April 3rd and it is full of recipes for the BBQ, the Grill, Smoker, and Fireplace. To celebrate, we have a great prize pack to giveaway to one of my lucky readers including a copy of the Cookbook and a Weber Kettle grill. Let get grilling! 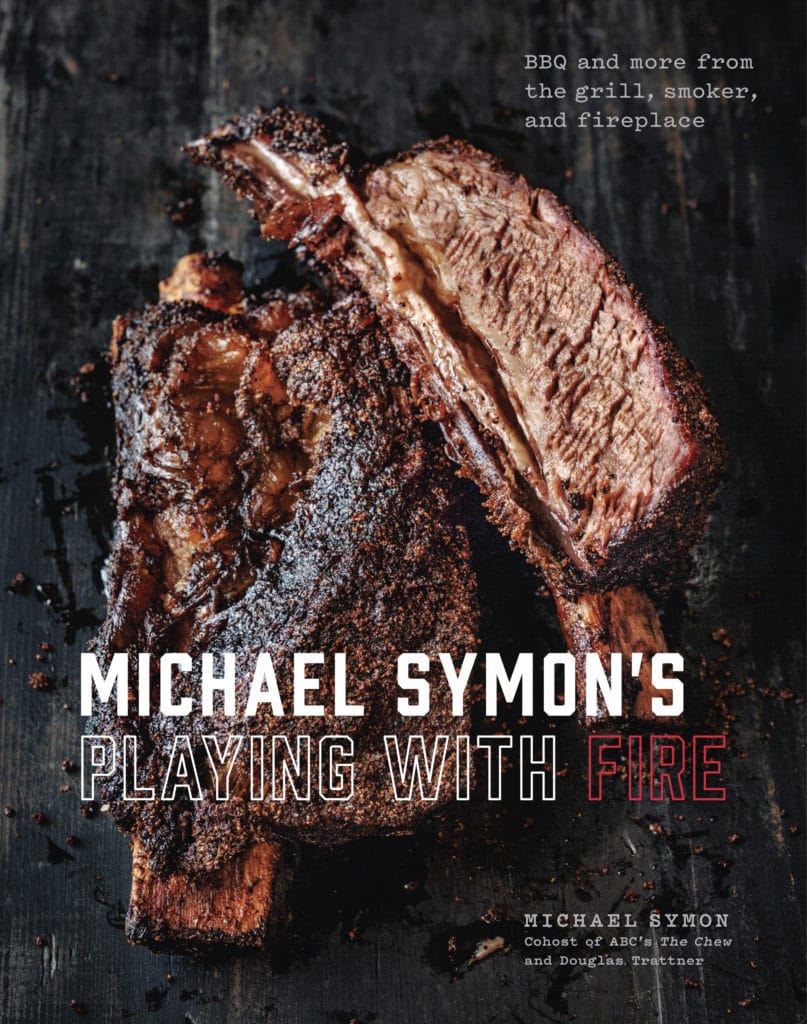 Clarkson Potter sent me a copy of Playing With Fire and is providing a prize pack for one of my lucky readers!

Co-host of The Chew and celebrated Iron Chef and restaurateur Michael Symon returns to a favorite subject, meat, with his first cookbook focused on barbecue and live-fire grilling, with over 70 recipes inspired by his newest restaurant, Mabel’s BBQ, in his hometown of Cleveland. In preparing to open his barbecue restaurant, Mabel’s BBQ, Michael Symon enthusiastically sampled smoked meat from across America. Playing with Fire is all about BBQ and more from the Grill, Smoker, and Fireplace!!!

The 72 finger-licking, lip-smacking recipes here draw inspiration from his favorites, including dry ribs from Memphis, wet ribs from Nashville, brisket from Texas, pork steak from St. Louis, and burnt ends from Kansas City–to name just a few–as well as the unique and now signature Cleveland-style barbecue he developed to showcase the flavors of his hometown.

If you are looking for a new guide to classic American barbecue with the volume turned to high, look no further. 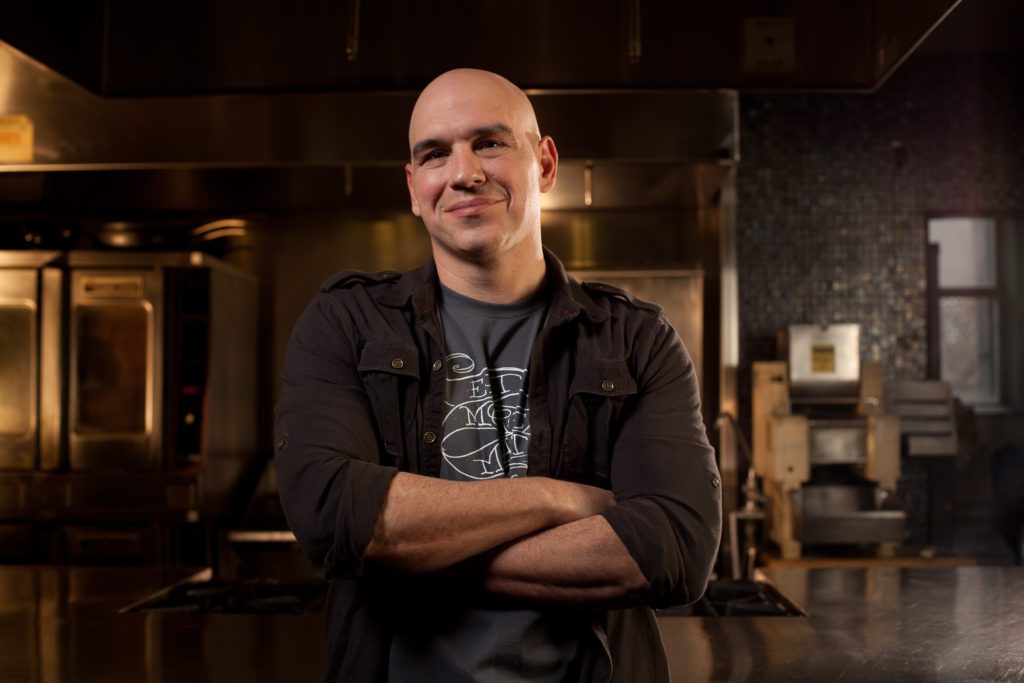 Michael Symon cooks with soul, having grown up in a Greek and Sicilian family. The Cleveland native shares his exuberant, approachable cooking style and infectious laugh with viewers as an Iron Chef on Food Network and as a co-host on ABC’s The Chew. Michael is the chef and owner of more than 18 restaurants, including Lola and Mabel’s BBQ in downtown Cleveland, locals of B-Spot Burgers throughout the Midwest, and Angeline at Borgata Hotel Casino & Spa in Atlantic City.

He is also the author of five cookbooks, including Playing With Fire (Clarkson Potter, 2018). When he’s not working, Michael loves cooking at home, playing golf, gardening in the backyard and spending time with his wife Liz and their bulldog Ozzy.

With Playing With Fire, Michael Symon brings you his first cookbook focused on barbecue and live-fire grilling, with over 70 recipes inspired by his newest restaurant, Mabel’s BBQ, in his hometown of Cleveland. 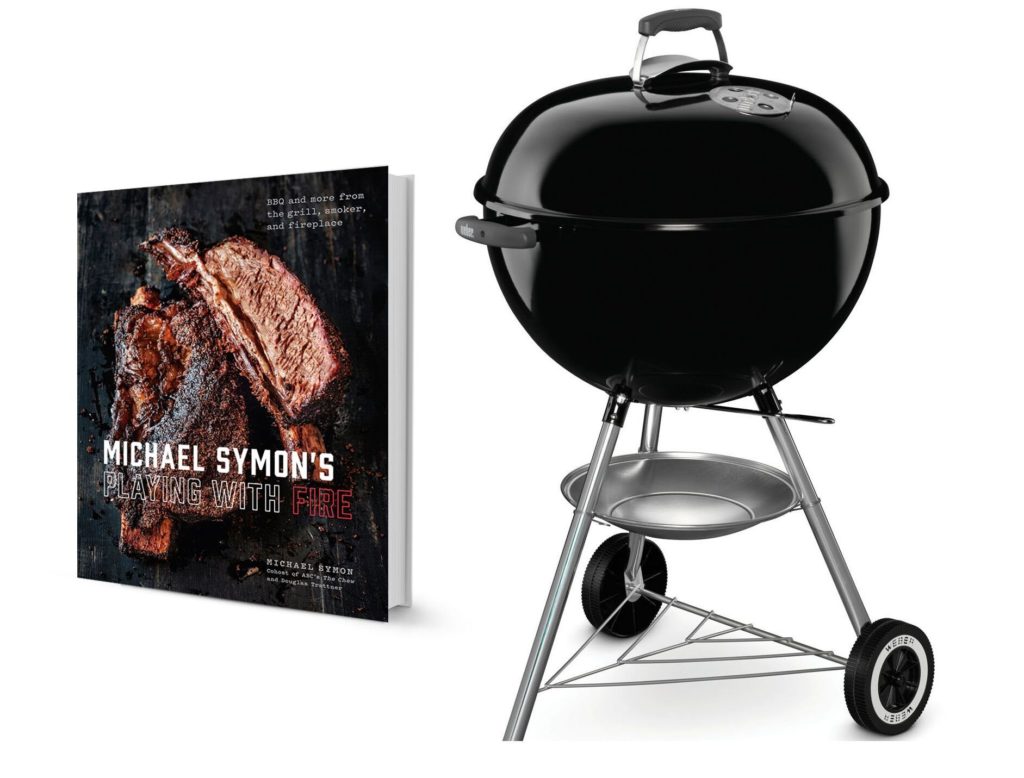 Show off your grilling skills and wow, friends and family with delicious recipes from Playing With Fire! One (1) winner receives**:

“Chefs have an emotional fascination with fire, something primal and intuitive. This is not chichi food. Michael’s cooking comes from the heart, soul, and gut. Simple, straightforward, and convivial, it is the food of a true pitmaster.”
—Jacques Pépin

“Here’s why I’m lucky . . . Michael Symon is my best friend and I’ve eaten most of the dishes in this book. I can smell the smoke and taste the fire of these recipes just by paging through the spectacular photos. The Fireplace Chicken has become legend in our friendship, and now it can all be yours.”
—Bobby Flay

“This is an excellent guide to live-fire cooking.”
—Publishers Weekly

**ARV $130. Giveaway open to US addresses only. Prizing and samples provided by Clarkson Potter.**