Boozy Root Beer Stand Glazed Ham may not be the most politically correct recipe, but the glaze is so good and all of the alcohol burns off. 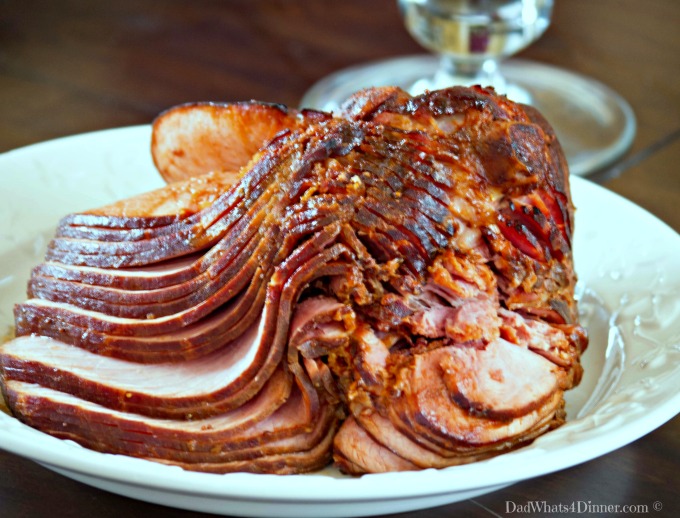 My Boozy Root Beer Stand Glazed Ham is hands down the best glaze for your Easter Ham. If you haven’t tried the new Hard Root Beer your will be surprised how much it tastes just like regular root beer.

Now that is probably not a good thing and you should definitely not let your kids get their hands on it. You really can’t tell the difference between soft and hard root beer.

Well, you might if you have 3 or 4 of them. Trust me, that might be tough to accomplish because they are very sweet. That is what makes it such a perfect glaze for your Easter ham.

The combination of the hard root beer with the savory mustard gives the ham a wonderful flavor and aroma. 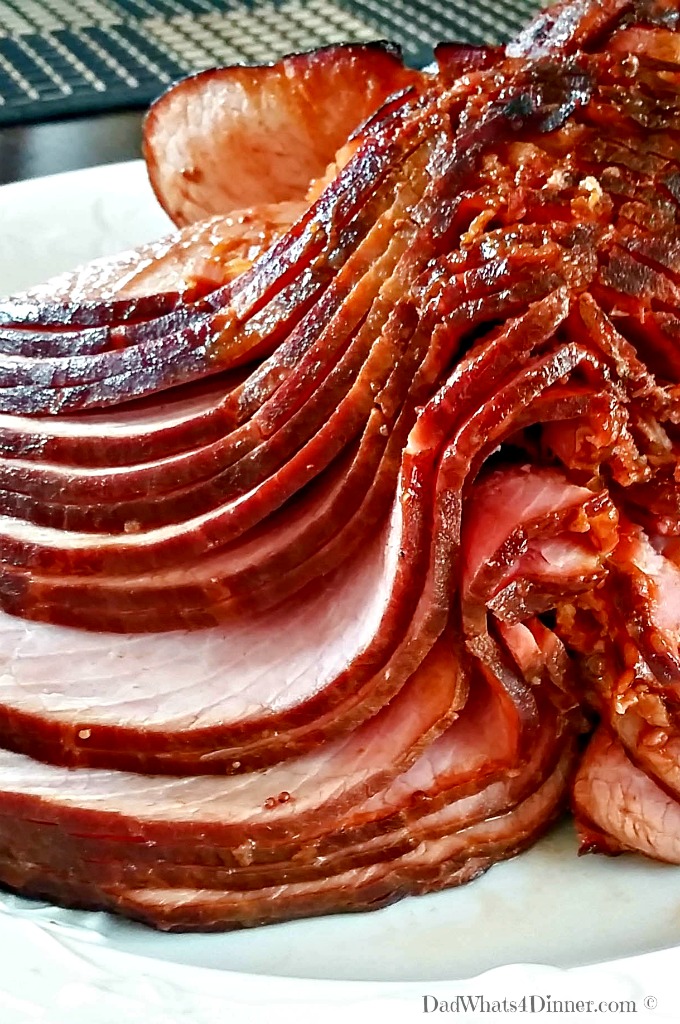 The ham I used was Private Selection Brand from Kroger’s. It is a fully cooked spiral sliced ham and comes with a glaze package.

If you buy a ham that does not come with a glaze packet I have included a copycat recipe. I like Honey ___ Hams but they are so expensive.

This ham cost about 3 times LESS than a typical HBH per pound. Okay, you won’t have a super crispy glaze that comes with HB hams but the flavor of my glaze is awesome and it also gets a nice crust. 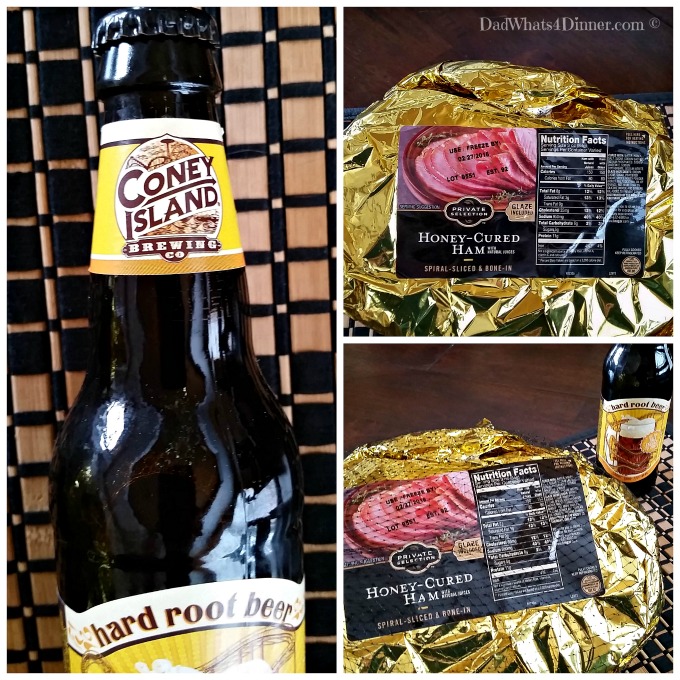 Can I Make Boozy Root Beer Stand Glazed Ham in the Slow Cooker?

Of course! To make your Easter dinner easier, I have included an option to cook your ham in the slow cooker.  Make sure you check out all my easy slow cooker meals at my Crock Pot Recipe page. 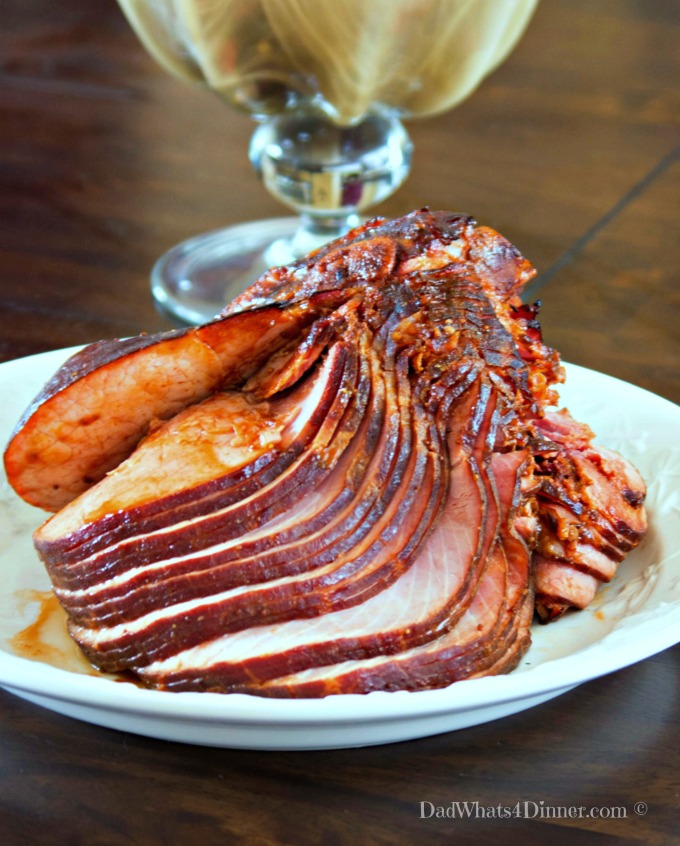 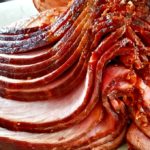 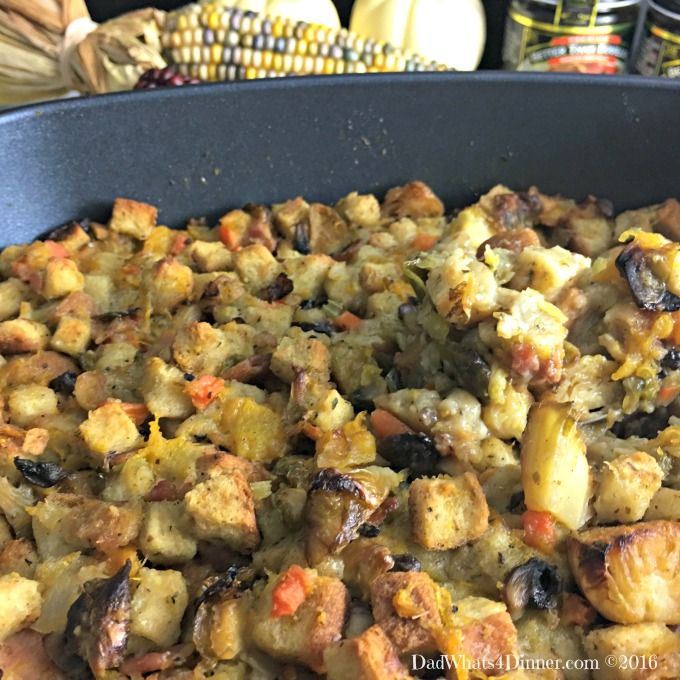 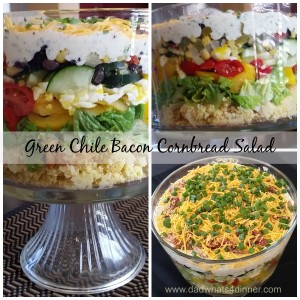